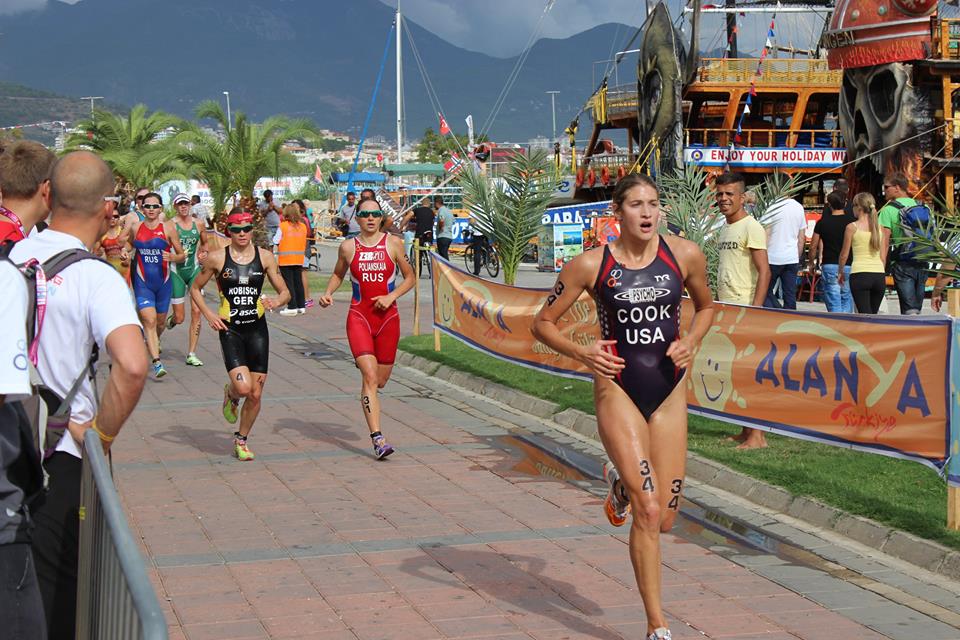 ‘Tis not a story of a boy who ate too much Turkish Delight from a White Witch and as such becomes willing to betray his siblings for MORE Turkish Delight (and to become a Prince, but us food motivated people know Turkish Delight is what Edmund really wanted). If that’s the story you seek, C.S. Lewis has got you covered. If you have no idea what I’m talking about, I suggest a library trip ASAP. This is the delightful story of my first overseas racing trip to compete in my first World Cup in Alanya, Turkey.

Alanya is a resort town along the coast of the Mediterranean Sea surrounded by mountains and cliffs. Interestingly, the town has a juxtaposition of locals in hijabs and tourists walking around in swimsuits. It’s… different. We arrived a week prior to the race and had seven days of perfect, sunny weather and calm waters. Race day decided to be the day that wasn’t perfect. As we were about to ride to the course, the sky opened up and it started storming: pouring rain, thunder/lightning, and hail. This went on for maybe half an hour, but then it cleared up for the remainder of the afternoon. This same storm that held off for our race returned that night and completely destroyed the starting pontoon. The men were set to race on Sunday and had a beach start instead. It was pretty wild!

The wind made the Mediterranean very choppy. We dove off the pontoon into the swells coming at us. Swimming into the waves was like how I imagine swimming uphill would be. It was a tough swim. Swimming back towards the pontoon wasn’t as easy as you would think since the waves were pushing the athletes from behind on top of you. Since the waves were so high, sighting was difficult. I was trading off leading with another athlete, but she veered off course towards the middle of the pontoon instead of the exit stairs coming in from both laps. I ended up leading out of the water because I took a better line.

This feels weird to write: the bike was the best part of my race. I started out in a group of 15 women that grew to 39 on the fourth of six laps. It was an improvement on my bike from Monterrey, which was only three weeks earlier! This was the highest quality field that I’ve raced in and I stayed with the pack for the entire bike, which was delightful! I don’t have much to say about my run, except that it happened and it wasn’t what I wanted. I’m closer to putting all three pieces together and I know I’m capable of doing so in the near future.

Between Turkish Delight, Turkish Coffee, and the less than delightful experience of taking a cab across Turkey in the middle of the night to try to make a connection (a story for another time, thank God for being with a great crew) I feel a little more worldly and savvy. My last race of the season is a World Cup in Cartagena, Colombia on the 12th.  I’m excited for one more race opportunity this season!

PS – there is a race recap video made by the ITU that I linked to the bottom of the post. The footage doesn’t do the choppiness of the swim justice!