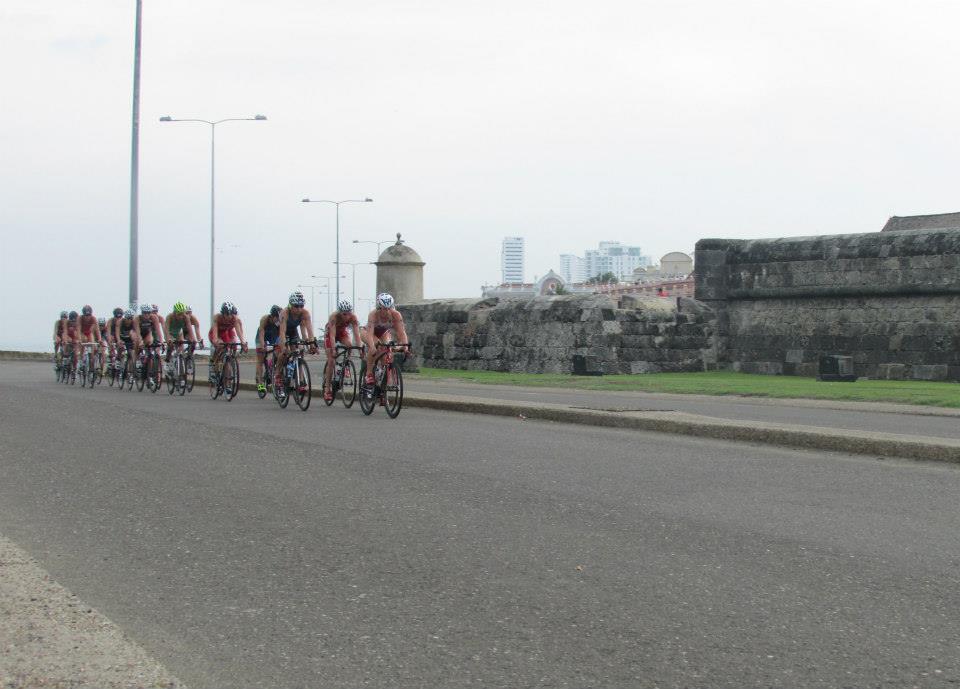 The weekend of the 12th, I trekked down to Cartagena, Colombia for my last race of the season. Cartagena was my third race in Latin America this year, and although these races seem to be unpredictable in many ways, having the opportunity to take in the vibrant culture has been exciting.

One of the biggest lessons I’ve learned this year is that triathlon racing is less of a controlled environment than what I grew up in swimming and then continued to experience during my running career. In those sports, small changes such as the meet being behind schedule by a little bit often causes widespread frustration. In ITU racing things change often and you have to be prepared for anything. From the course we didn’t know until we were actually racing on it in Brasilia; to the TBD prize purse determined to be $0 at the pre race briefing in Monterrey; to the pontoon blowing away before the men’s race in Alanya, I’ve seen some interesting surprises and I haven’t even been around the sport that long! I’m sure I haven’t actually seen anything yet and there will be more interesting changes in the years to come! Cartagena ended up being another example of the need to prepare for anything. Storms blew through Cartagena prior to our arrival and flooded the roads where the race was originally supposed to be held. The race organizers moved the venue across town, which they did a good job of under such short notice. Some parts of the new road were a little sketchy from potholes and slippery dirt around the corners, but it seemed to be a decent alternative. Definitely better than no race at all. Since the race was now taking place on the main road going through Cartagena, the roads could not be closed as late in the day as originally planned, so the race start times were moved up half an hour.

The race in brief: We started on the beach and we ran into the  ocean. I didn’t get out very well and had to fight my way through most of the first lap (of two), but still came out of the water in second. I got into the lead group on the bike, which had 20 or so athletes by the end of the second lap. I did some things better than Alanya and some things worse, but I did successfully stay in the group for the whole bike. I tried to come up with a good metaphor for the run, but the best comparison I have is to call it a death march, partly because of the heat and partly because it was the start of me feeling and being sick for the next several days. Cartagena was some good, some bad; process better than overall result (again). I’m not at all where I want to be, but I’ve come a really long way this year, and I’ll be better next year.

We got to explore Cartagena after the race. The old town of the city is hidden within the walls of the sixteenth century fort near the race venue. Highlights: I (kinda) learned how to salsa dance (badly) and I watched a drum circle dance with fire. It was a pretty cool evening.

I left Colorado six weeks ago for some race opportunities and to try to figure out what the future holds. In that period, I raced four times on three continents, took more steps forward than backward, made some decisions, and ultimately feel that I’m in a good place looking to next season!