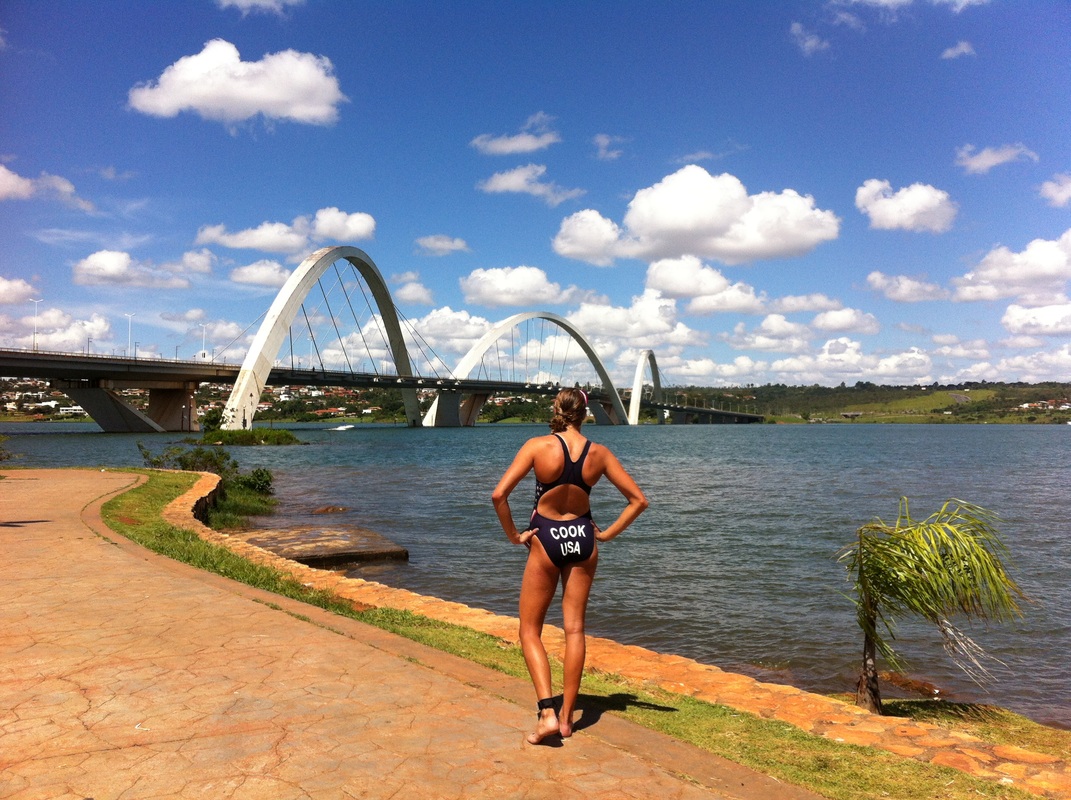 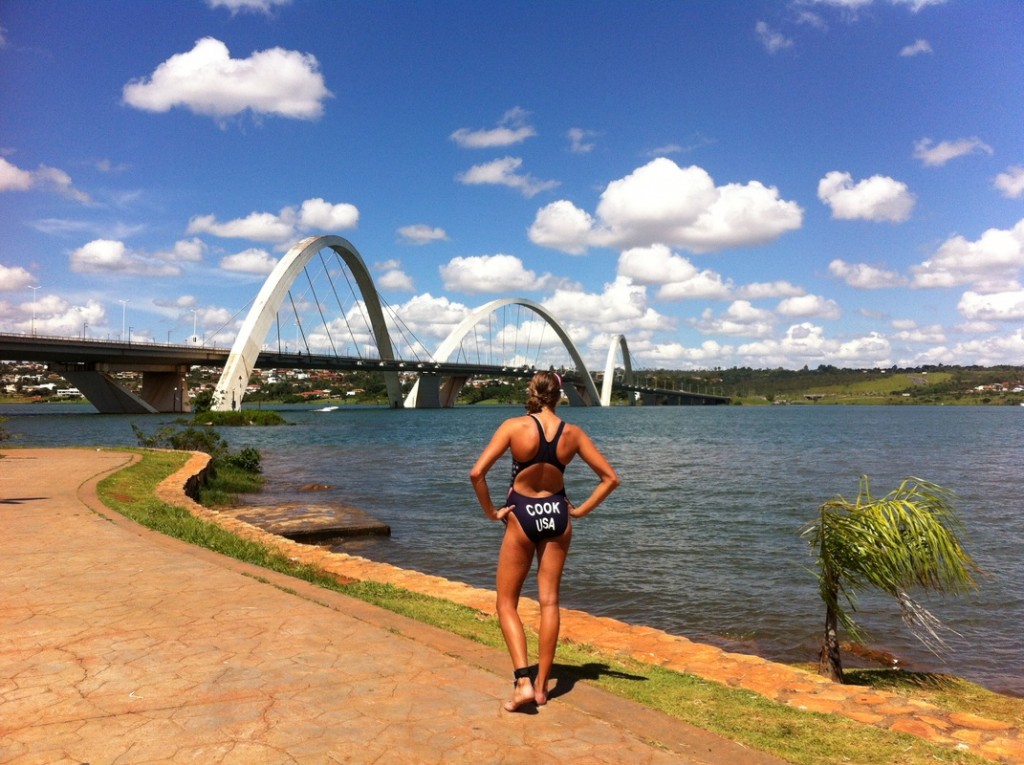 In the interests of being a cliché triathlete blogger, here are some superlative moments from my 2014 season.

Best moment:
Finally riding in the lead pack for the entire race in Monterrey and the huge sense of relief, happiness,  and accomplishment I felt after getting off the bike there. Doing the same in Alanya and Cartagena was huge for me. I’m excited I have the opportunity to continue working to make biking one of my strengths. 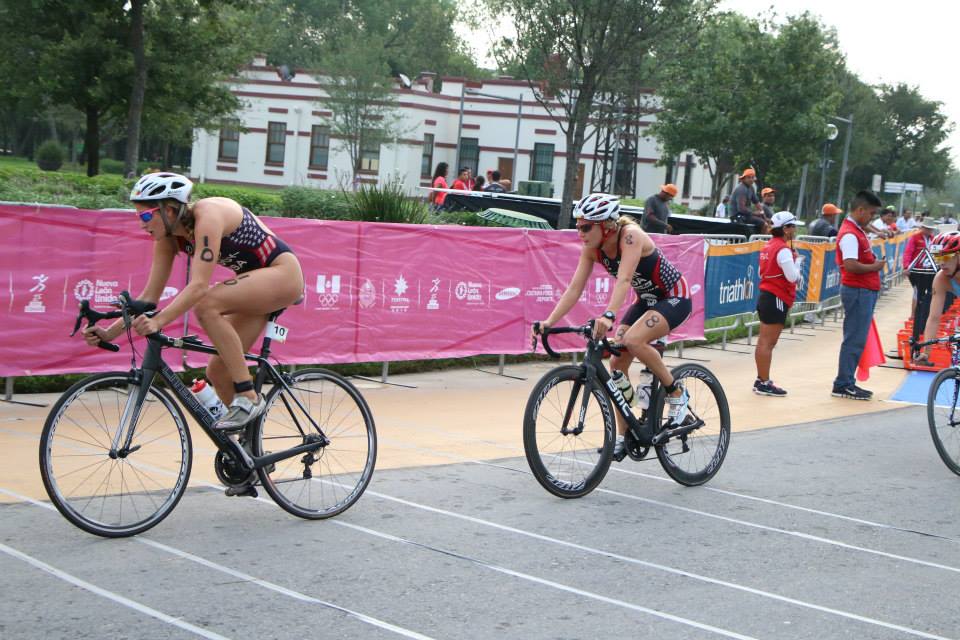 Most absurd travel moment:
The Gazipasa Airport near Alanya, Turkey doesn’t have too many flights leaving on a daily basis. It’s a two gate airport, and once you get through security there is no water, no outlets, no wifi, no sign keeping you updated on your flight info, really no modern conveniences beyond the restrooms. We had a flight at 10:55 pm which kept getting delayed. We saw the crew walk off the plane and people start shouting in Turkish at 2:30 am suggesting that the flight was cancelled. At this point, it was clear that the lack of flights and communication were going to complicate things. While Turkish Airlines were kind enough to give us cookies and juice around midnight, it wasn’t quite enough to make up for the sketchy communication and the options they presented to us, which were: hang out and maybe get on the 10:55 pm flight out of Gazipasa the following day or get on a shuttle to the airport in Antalya (two+ hours away) and maybe get a flight to Istanbul. We had a scheduled 1 pm flight out of Istanbul the following day (I guess the same day at that point) and none of our domestic flights were linked on our flight itineraries and would probably have to be completely rebooked, so this could potentially set off a chain reaction of missed flights. Sure it could have been rectified, but there had to be a better option than just hanging out.

Along with ITU announcer Barrie Shepley and an ITU official we collectively decided to… take cabs to Antalya! This left us in control of our destiny, instead of waiting an indefinite amount of time for the shuttle and then battling others for seats on flights. We fit eight people, five bikes, a massage table, and an assortment of other luggage in three cabs and embarked on a 3:45 am cab ride along the Turkish coastline. After some negotiation, some confusion, and every bike being tagged under Chelsea Burns’ name (opposite of Monterrey?!) we had boarding passes to Istanbul that would allow us to keep all of our connections AND received Turkish Airlines lounge access in Antalya for our troubles! I didn’t see anyone else from the airport in Gazipasa on our flight and it wasn’t for a lack of seats. You make your own destiny.

Watching a guy get tackled and arrested in the Istanbul Airport was also pretty crazy. Those Turkish airports…

Most Absurd Non-Travel Moment
When the TBD prize purse in Monterrey was determined to be $0 at the race briefing. And they tried to get out of telling us.

Coolest session:
First swim in Alanya. The Mediterranean was a gorgeous blue, unbelievably calm, and the perfect temperature for a casual swim. The scenery wasn’t too bad either. 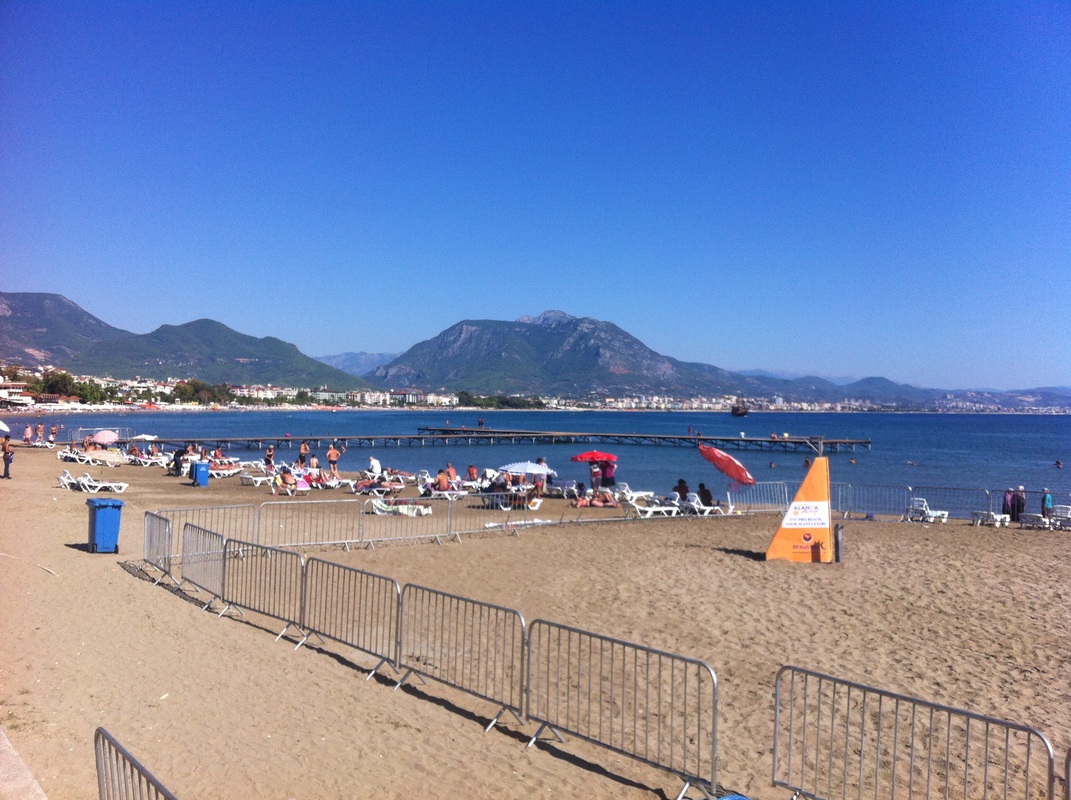 Most Ridiculous Session
Cross biking, Tom’s Thumb Trail, Scottsdale, Arizona. No pics because I desperately want to forget, though I suspect if I develop dementia someday and forget everything else in my life I will still remember this experience.

Best hotel:
The Fairfield Marriott in Kelowna, B.C. Why? Because of the waterslide. 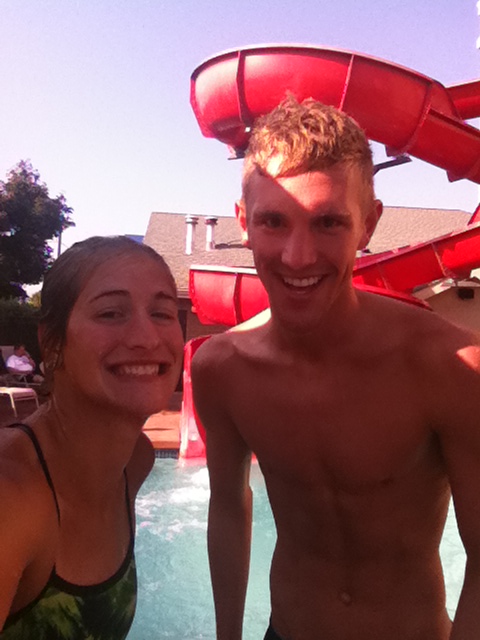 Swim – Monterrey. I swam smart; saved energy and also stayed out of trouble.
Bike – Alanya. I doubt anyone who saw me on a bike in March, or even June, and maybe July would have guessed that I could do a World Cup race and not get dropped ever, let alone this past season.
Run  – FISU. Picking people off in heat that rivals that of the deepest layer of hell may never be so fun again.
Overall– Magog! I navigated the hilly and technical bike course well enough to earn my first podium!
Coolest race experience – FISU! Such a fun atmosphere, a total adventure, and being part of the team title there is something I won’t forget and was proud to be part of. Hands down the coolest way I could have started my elite draft legal career 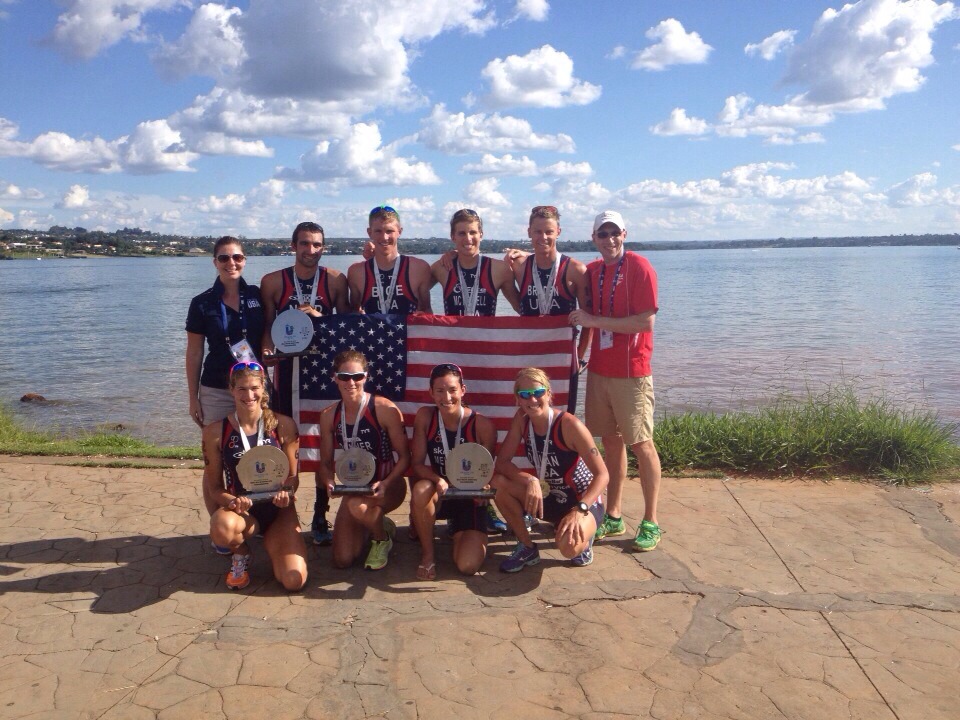 Most overdramatic picture:
In the finish chute at the Monterrey Pan American Cup. 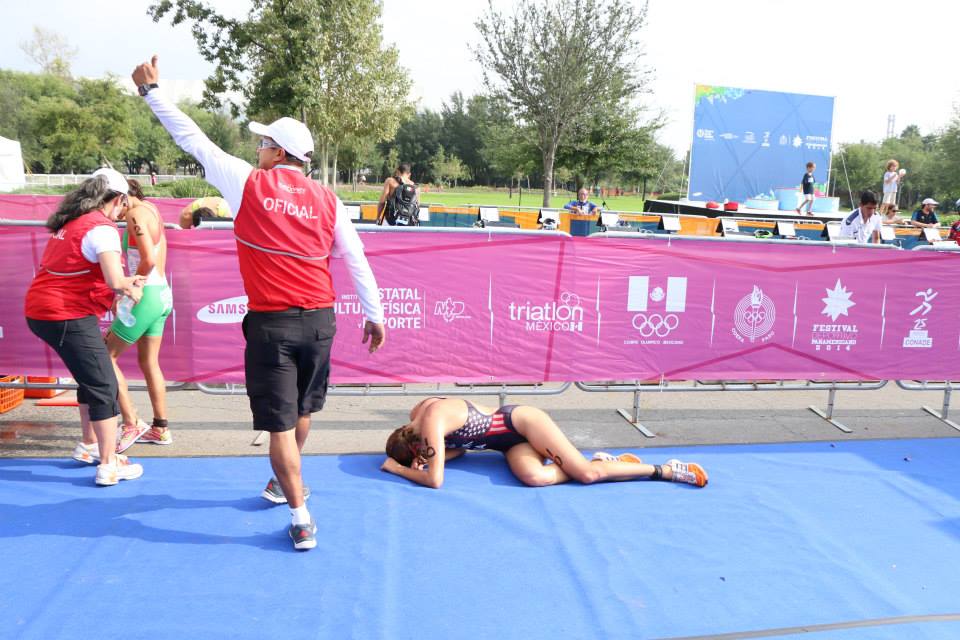 Favorite scenic picture:
Too many to choose just one!

Bring on the bigger and better things, 2015! 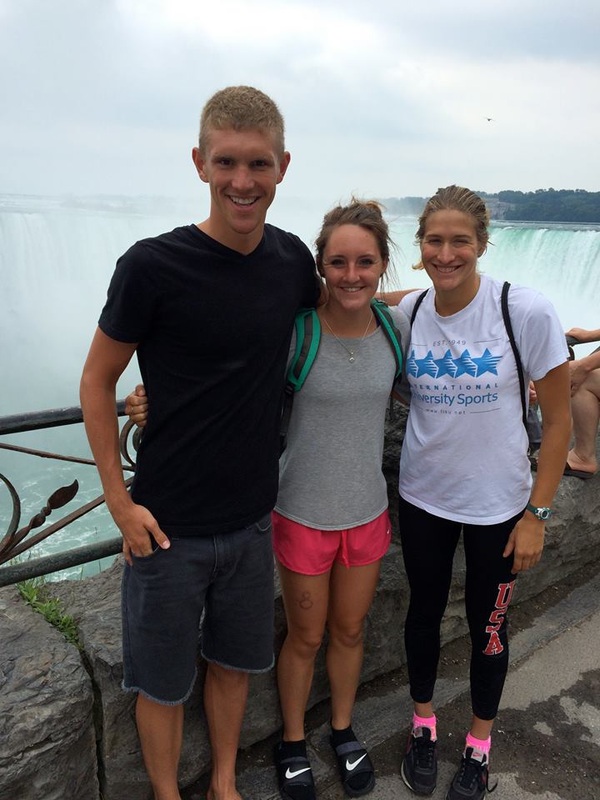 Niagara Falls with Johanna and Ryan 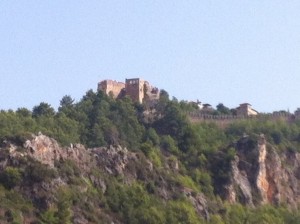 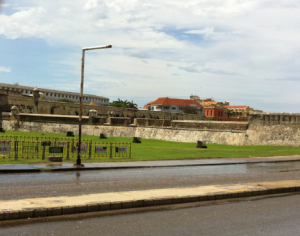