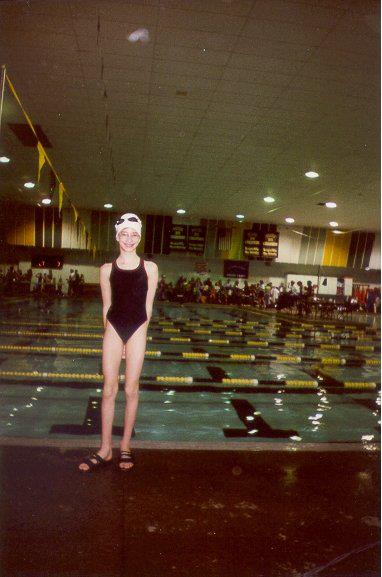 Striving for excellence brings out the best and the worst in people.

Unfortunately as the Olympics approach, a segment of the media is focusing on how the quest for excellence brings out the worst in people, or promotes unhealthy or undesirable behaviors. Federations and training groups engaging in systematic doping; athletes getting busted for PEDs (Performance Enhancing Drugs) or stories about those engaging in gray area practices (actovegin, for example); eating disorders; abusive coaches or high performance staff; corrupt federations; and the social problems that major sporting events can exacerbate are a few examples of this. These are all problems that need to be addressed, but somewhere we have lost sight of the good things that come with the pursuit of high achievement, regardless of whether or not an athlete makes it to the top.

Why am I writing this? Two reasons. The first: I’m on the comeback train from an injury, a relatively minor injury but still big enough for me to reflect on why I am pursuing triathlon as my career.  That has given me the opportunity to reflect on how sport has enhanced my life. More on that later. Second: I read a blog by rower Megan Kalmoe that incited a lot of negativity among readers. It was picked up by The Guardian and I made the mistake of clicking on the comments section. While I don’t agree with everything in Kalmoe’s blog, the comments section fired me up in regards to how as a society, we have collectively lost touch with the positive aspects of trying to reach the top level of sport. The words thrown about included “entitled,” “selfish,” and “outdated,” which may apply to some athletes and some aspects of the sport, but certainly doesn’t apply to the whole of elite sport. Unlike Kalmoe implies in her blog, I think the dark side of the Olympics and sport need to be discussed, but in a manner that serves as a platform for positive engagement and change. Furthermore, I believe that the life lessons gained by striving to be the best give pinnacle sporting events great importance. 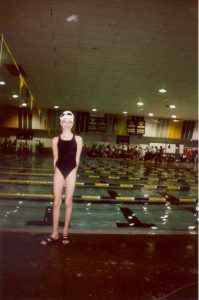 One of my very first swim meets at age 9

Many young children will be tuning in to the Olympics every night from August 5-21,  dreaming of someday having the opportunity to compete at that level and leave with a medal around their neck. The Olympics serve as a mechanism that inspires thousands of young athletes globally to either become active in sport, or further make the effort to strive to reach the top. I started swimming competitively shortly after watching the Sydney Olympics in 2000, with dreams of someday representing the USA Swimming at an Olympic Games. Actually, let me rephrase that: I started swimming competitively because of the Sydney Olympics because I was inspired by the US Olympic Swim Team. Over the years, it became increasingly clear that I would never swim at an Olympic Games, but that didn’t mean my swimming career was for naught. I earned a partial scholarship to swim at D1 Villanova University and facilitated my education. My time at Villanova helped plant the seed of a potential triathlon career as I discovered my passion for running. Now my swimming comes in handy as I aspire to be the best I can be at triathlon, still dreaming of someday representing the United States at an Olympic Games. Not to mention that swimming is a pretty useful skill for triathlon! Regardless of whether or not I achieve that dream, striving to do so has left me with the following:

1) Time management skills. As a two-sport college athlete, most of my days were packed with classes, training, and competitions. I would say an average workday consisted of constantly working from about 6am-9pm when classes were in full swing. While my life as a professional athlete involves more down time for recovery, I’m still clutch at buckling down when I have to.

2) The ability to see failure as a good thing. My biggest accomplishments have been because of the failures that I used as a turning point by choosing to learn from them instead of being defeated by them. Here are two examples from the last year. 1) After Tiszy last August I realized that I wasn’t going to go anywhere if I maintained my victim mindset after getting hit by the car. It took time, but I got back on my bike, readjusted, and the changes I made resulted in my first World Cup podium two months later. 2) After Mooloolaba in March, I realized that just making progress wasn’t good enough, I had to commit. I buckled down and finished 8th on a challenging bike course in New Plymouth and then took my first World Cup win in Chengdu a few weeks after that. I’m not proud of those bad races, but I was able to turn them into something positive. It isn’t all about winning.

3) The ability to work and communicate with people from a variety of backgrounds with a wide variety of personalities. College teams and elite training groups aren’t necessarily composed of people with similar personalities. They are made up of people of similar athletic ability. Being exposed to people from different ethnic, socioeconomic, geographic, etc. backgrounds teaches conflict management as well as helps expand an understanding of the overarching human spirit.

4) The ability to fix what is broken or damaged. I’m not talking about about fixing the dishwasher, I’m talking about repairing my relationship with sport. Sometimes I wonder if I would be happier at a desk, making far more money. Sometimes I feel as though my passion to compete and train isn’t there. But at the end of the day I know that if I want to achieve my goals, I have to keep pushing on and use my own ingenuity to fix things. I’ve learned that damaged doesn’t necessarily mean destroyed. This skill can be applied to other relationships or situations as well. If you want something, you find a way to make it work, you don’t just quit or move on. This is something I’ve needed to work hard at over the last month.

This segues into 5B: sport has given understanding of what a balanced diet consists of and how to prepare it. Eating right is important for sport but also life after sport for the same reasons that being active for a lifetime is important.

6) The desire to find my best self. Sport has given me the opportunity to work daily at being a better version of myself. A more resilient Summer; a more engaged, respectful, healthy, happy, fit, intelligent, gritty, and passionate Summer. I’m not just trying to improve the athletic spokes in the wheel, its an all around effort.

Between doping news and corruption news it seems the cynic in a lot of people believes that every athlete or staffer engages in illicit behaviors to get to the top. Yeah, a lot of athletes have gone into the black area and the gray areas and that is a problem that needs to be taken care of (side note: I have decided that I want to work in anti-doping and be part of the solution in my post triathlon life), but it is foolish to assume that sport brings out the worst in everyone. While I am perhaps not a good example because I am not competing in the Olympics and the current dialogue surrounds the Olympics, I know that I compete clean and that doping news makes me want to outperform the dopers the legal and ethical way. While it is impossible for me to prove, I am confident that many more athletes feel the same way, some of whom are at the top of their respective sport. Let’s respect and admire the athletes who we believe are working hard, working smart, and using sport to be the best version of themselves.

7) Independence. The travel side of my triathlon career has been perhaps the biggest driving force in this one and has interestingly increased at the same time as my abilities to collaborate and work with others. I know that I can solve my own problems when they arise and find a way to take care of myself no matter where I am.

These are a few of the biggest lessons I’ve learned from sport. The recurrent theme is that these skills and traits are all applicable to the world outside of sport and life after sport. So why are there so many negative emotions directed at elite athletes and the pursuit of excellence? While it is impossible to change everyone’s minds I think that there are huge benefits to seeing competitive sport in a more positive light. Let’s fix the problems in sport by shifting the cultural norms (especially the win at all costs cultural norm) that facilitate those problems. Let’s create a culture where we don’t see falling short of our goals as failure, but as an opportunity to recognize the good things we’ve gotten out of our desire to pursue that goal. Let’s talk about the problems – and the amazing parts – of the host city, but lets do it in an educational manner that inspires people to learn more about the city and become positively engaged – let’s do things in a way that makes us all better.