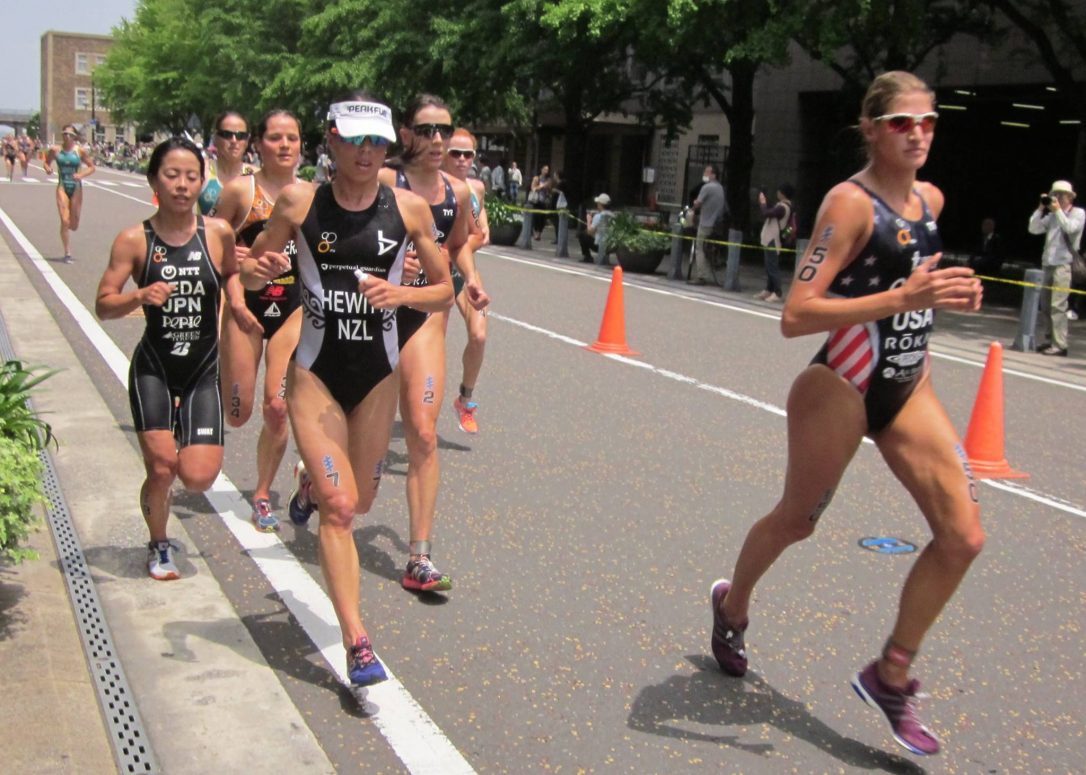 Yokohama was my third WTS race and my second time on this course. I love Japan and I was excited to return to a place that I like and have the chance to redeem myself from my poor result last year. Here is my race in short: I got to the front on the choppy swim but couldn’t create any separation. I felt like I was stuck at a tempo effort level and struggled to get into a rhythm. There were immediately 30 or so women together on the bike. I definitely had some ugly moments on the bike but it was the first time I hung on in a WTS race, even in spite of my poor positioning. I’m looking forward to continuing to progress my bike at this level. I ran aggressively and quickly moved up to the front. I felt really good in the beginning and I decided to put myself at the front  of the chase pack. Until about 5km, I really believed that I could run myself onto the podium. I faded hard about halfway through the third lap and finished 14th, but I have no regrets about how I raced though I see many areas where I could have improved. Last year in Yokohama, I thought it was cool just to be on the start line with many of the worlds’ best triathletes. This year, I believed that I belonged among them. I’m eager to continue improving so I can race with the top women all the way.

After my disappointing WTS debut in Yokohama last year, I knew as soon as I crossed the finish line that I wanted to return to Yokohama and have a world class performance. While I wouldn’t call my 14th place finish a world class result, I’m still pleased with my race. After all, it was leaps and bounds better than last year 🙂 Late last year, Yokohama was announced as the final Olympic qualifying race for the U.S. as well as the last race for other athletes trying to qualify for the Olympics based on points. As such, I knew it would be difficult to even get on the initial start list and it wasn’t until after New Plymouth that I felt pretty confident that I would get in right away. It was interesting being at an event with so many implications for so many athletes. I knew that it would be very difficult for me to earn an Olympic spot since USAT mandated a podium finish to achieve automatic selection. I don’t have much experience at this level, so I went in wanting to place as high as possible, but I didn’t make Rio qualification my primary objective. I knew if I set up my race well, I had the potential to place high and maybe a small chance to earn a podium spot, but I also knew that it wasn’t realistic to set such a lofty outcome based goal. For this reason, I chose not to publicize that I was competing in an Olympic qualification race. I often get well intentioned questions about the Olympics and my chances at qualification from friends and family, which sometimes gets frustrating. Occasionally (and perhaps irrationally perceived on my part) the questions are phrased in a way that makes me feel as though my decision to compete as a professional triathlete is only justified if an Olympic berth is immediately on the horizon. While one of my long term goals is to compete in (and win) an Olympic Games, I see it as a destination plugged into my GPS on a very long road trip. On this road trip there are many exciting things I get to experience and other worthy goals that I have the opportunity to fulfill. Sport has wonderful opportunities for personal fulfillment and growth every day of every year. I get to challenge myself physically and psychologically on a daily basis, see how people live in other places, and enjoy personal growth as a result. All I could think about as I lined up to be called out to the start line in Yokohama is that my life is so cool. I have the privilege to travel the world chasing my dreams as part of the deepest women’s federation in triathlon. I haven’t been on my road trip for very long, but I’ve made some stops in some cool places, befriended amazing and inspiring people, and seen parts of five continents. I may never make it to the destination plugged into my GPS, but the experiences (good and bad) that come with trying to get there make the journey well worth undertaking despite the uncertainty, challenges, and day to day grind.

Thank you to Paulo + The Triathlon Squad, my family and friends, USA Triathlon, Off the Front Multisport, Team Psycho, Roka Sports and Alii Sport for all of your support. I’m currently spending some time in Colorado with my family before heading back to Poway for a training block. My next races will be the Tiszy World Cup and Hamburg WTS races in July. 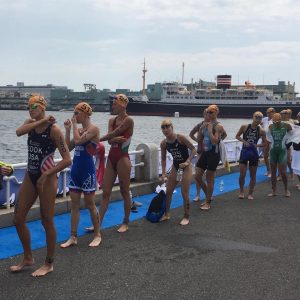 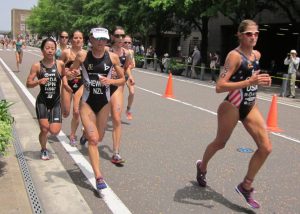 A bit too bold of a move but no regrets 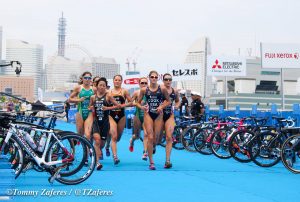 Still feeling confident at this point