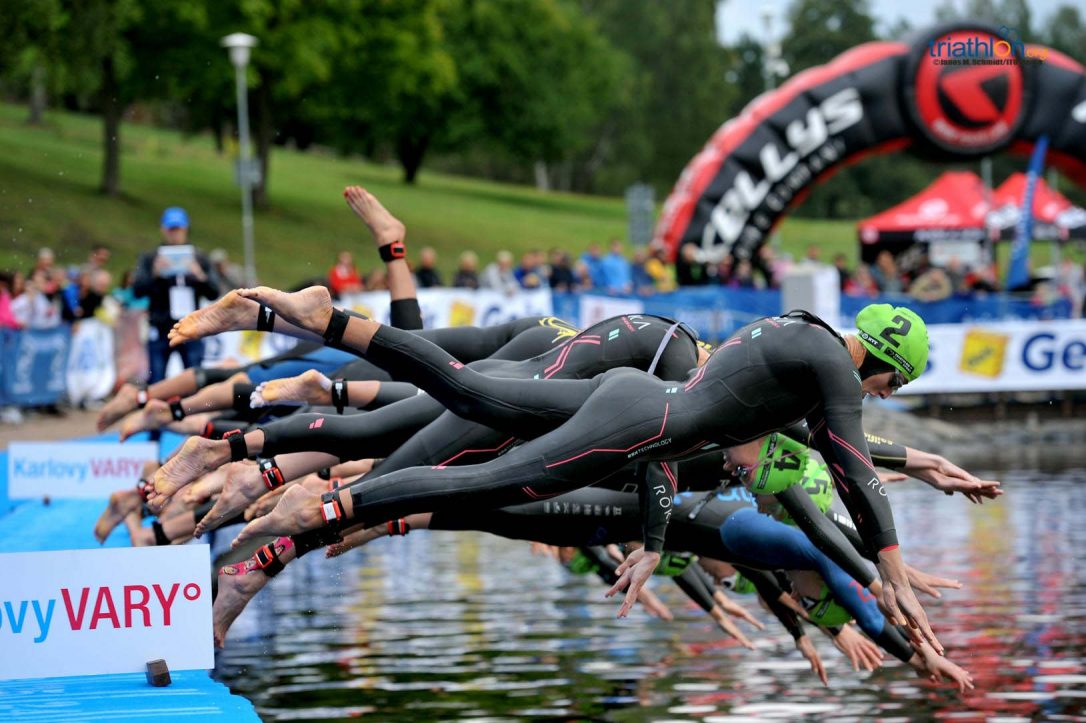 My race in Karlovy Vary was my first time back in the Czech Republic since my study abroad trip to Prague in 2011. KV is one of the prettiest places I have ever visited. The main part of the city is a promenade along the thermal river in a valley. Once you got off the main promenade in any direction you were immediately going up a steep hill!

Karlovy Vary is the hardest course I’ve ever raced on. One of the things I liked about the course is that the swim, bike, and run all had challenging elements. Often, many races have a hard or technical bike only to have a boring flat run (or vice versa) or have a swim that is just a square with two buoys and doesn’t really separate that much. The first buoy in KV was 200m away from the pontoon, which creates an aggressive swim. The bike course was hilly and technically demanding, and the run was also very hilly. The course had the ability to expose weaknesses in any of the three disciplines. I wanted to race KV because of the difficult bike course to challenge myself to improve as a cyclist and leave my comfort zone.
The race almost didn’t happen for me. Riding to the course, my derailleur fell off and it turns out that my derailleur hanger broke and then my derailleur was damaged. I got my spare hanger from my room and my coach took my bike to the mechanic, who lent me a derailleur to race on. There are not words to express my gratitude to both Paulo and the mechanic, who saved my race! I spent about an hour thinking that there was no way I would have a functioning bike in time for the start!
In the race, I had probably the best start of my life. Normally I have terrible reaction time and have to really sprint up to avoid contact on the buoys but I was leading right away. I and another athlete, Backhouse, had a 45 second gap to the next group of athletes. I was frozen and couldn’t get my wetsuit off in transition and Backhouse was well up the road by the time I got out of T1. The chase pack caught me shortly before we reached town (KV is a split transition, after the swim we rode 5km to town before starting the laps in town). I certainly got the challenge I was looking for on the bike. There were four climbs per lap (including a 21% hill) and a fast downhill with some fast cobble turns. I didn’t execute as well as I wanted to, but I did just well enough to hold onto the chase pack and put myself in a position where I could still run for the podium. I was able to put myself in third pretty quickly, but I was hurting badly after the hard bike and couldn’t make up ground on anyone in front of me. I knew I burned a lot of matches on the bike and I was worried that I would blow up and be caught from behind. While I feel that hilly run courses suit me well, they certainly aren’t very fun! KV’s run course including a steep ramp covering a set of stairs followed immediately by a false flat then a long steep hill! I hung on and was happy to finish 3rd!
Since I’ve had a WTS win and three WC wins, it might surprise some people that I was as happy as I was with third. To be honest, I am more proud of my third place finish in Karlovy Vary than I was of my win in Yucatan. I raced Yucatan because it was a race that suited me – hot weather and non technical bike. I was confident that if I executed everything to my capabilities I could win. I raced KV to leave my comfort zone and try to be a better athlete. Its hard lining up for a race that you know doesn’t suit you. I had no idea where executing to the very best of my capabilities would put me on that course. I don’t think I would have been able to competently ride the KV course at the start of this season. I still didn’t do super well, but I was at least able hang on during the bike and run decently after riding incredibly hard. I am happy with my KV result because I know that it proves that I have progressed a lot on the bike this year and my processes are slowly but surely working. I am not satisfied and I am hungry for more, but I will happily celebrate my progress!
Thanks to my family, Ian, Paulo + The Triathlon Squad, my friends, USA Triathlon, fortynine Group, ROKA Sports, Team Psycho, and the New York Athletic Club for your support. I’m proud to represent you all on the podium. I’m currently training in Tuscany before heading to Rotterdam to race the Grand Final on the 16th. 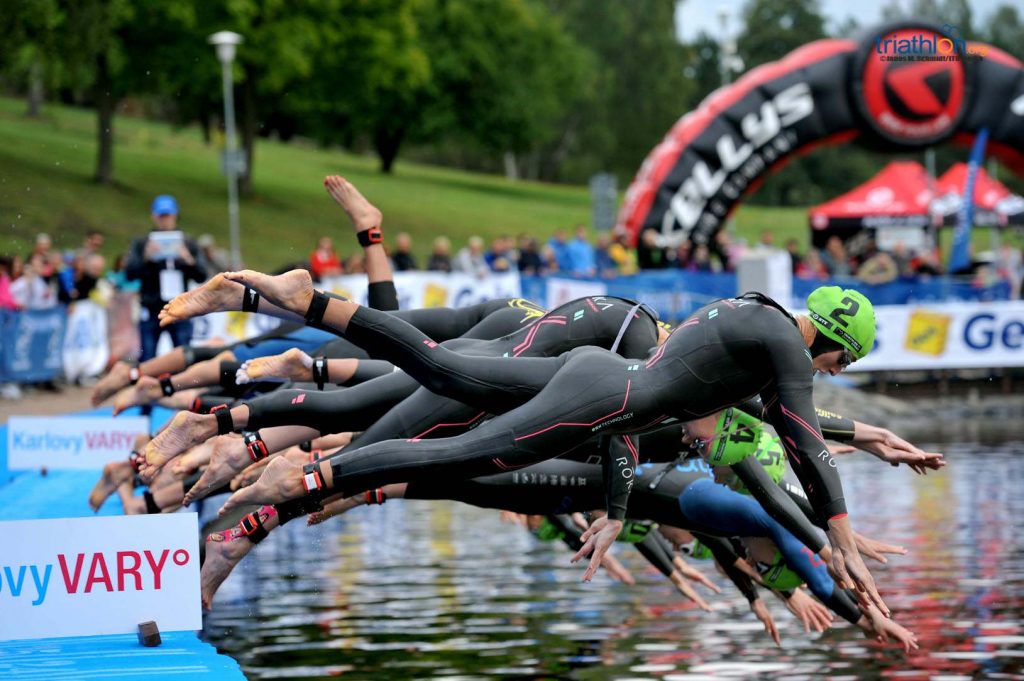 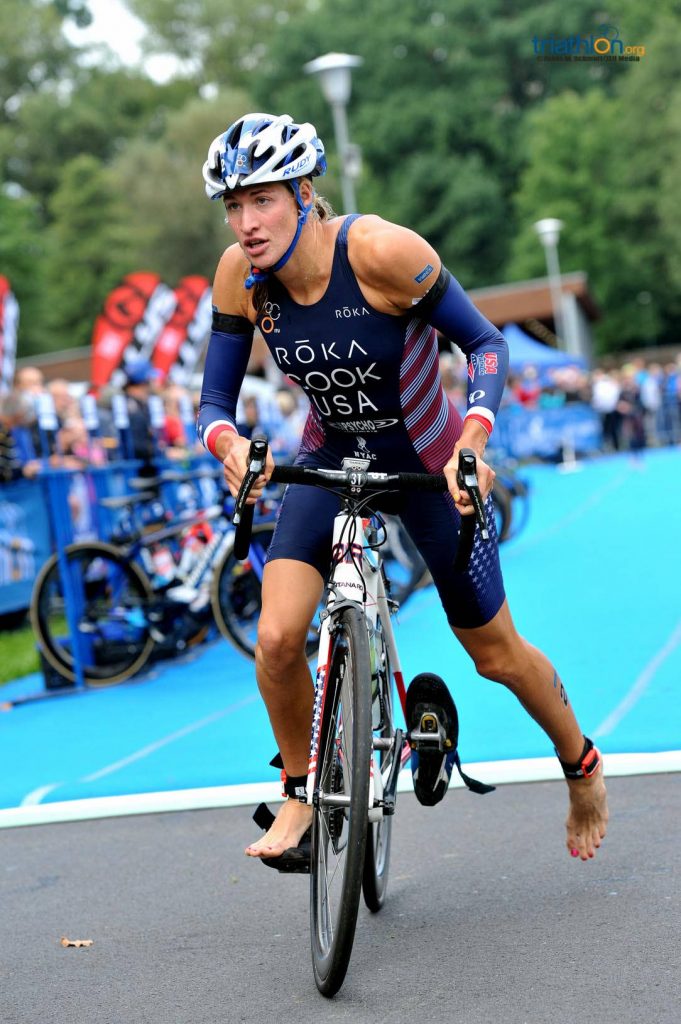 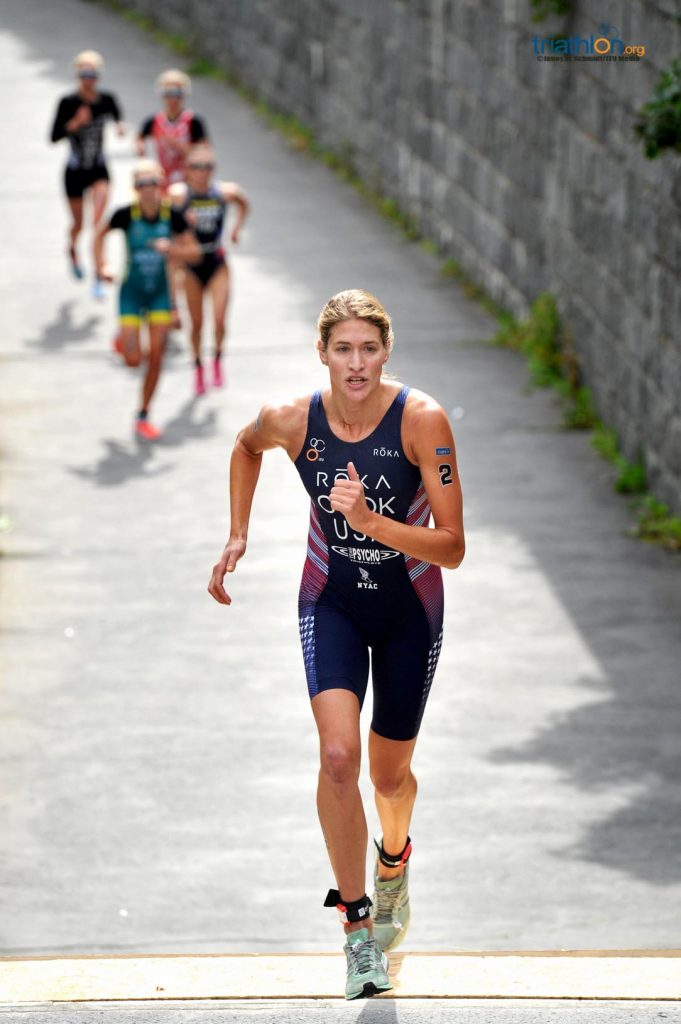 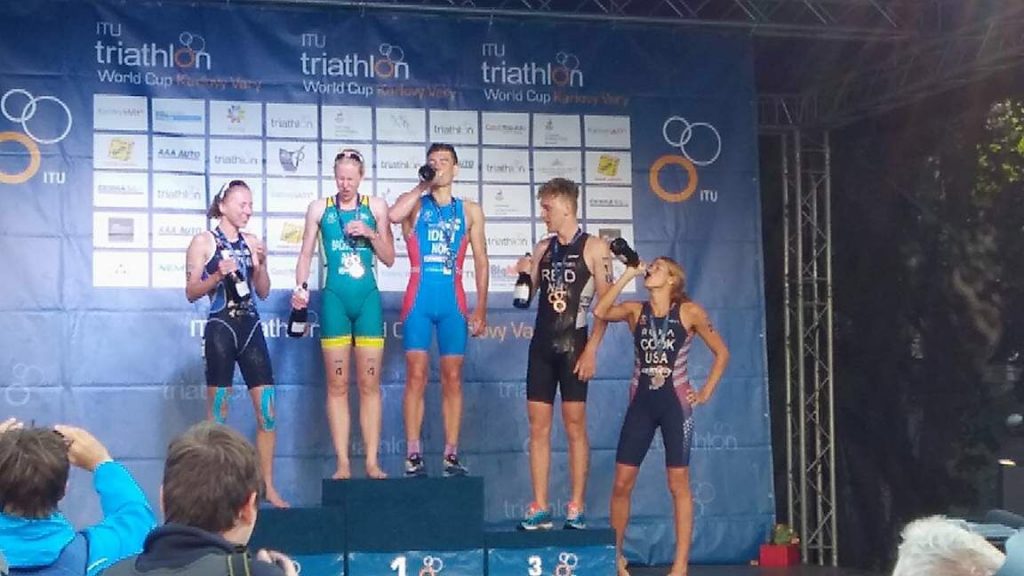 Drinking mandatory after the AM mechanical – Victor Carapelho 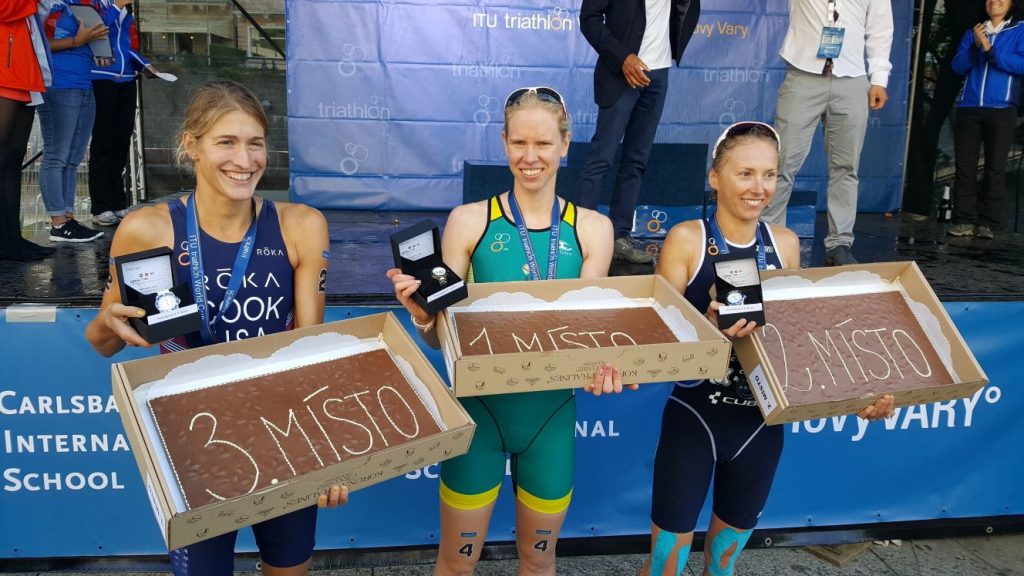