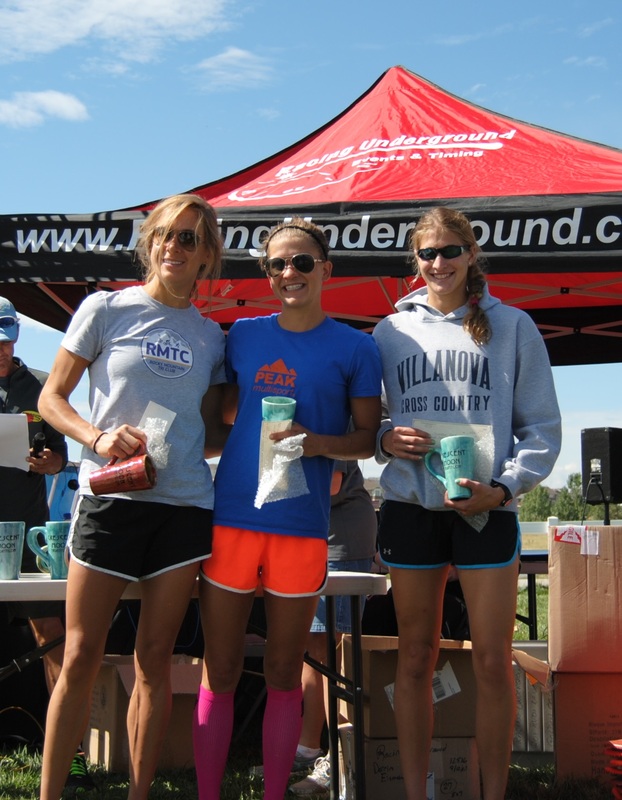 Yesterday’s race, the Crescent Moon Triathlon, is the closest I’ve ever come to a DNF. The Front Range corridor of Colorado received over half our annual average of rainfall in a three day period, which lowered the water temperature of the reservoir significantly. In several areas, this rain also caused extreme flooding, which has unfortunately affected and displaced thousands.

I was not severely affected by the adverse weather. However, the influx of cold water did impact race day in a way I did not anticipate. I don’t own a wetsuit, and after consulting with several others, we speculated that I would be fine in the mid-60 degree water. We were wrong. I started in the large first wave of the race, which featured elites (but not necessarily pros) and 20-34 year old men. About 100m into the swim, the water got deeper and much colder. I found myself unable to breathe. I tried changing my breathing pattern to take in more air, but it kept getting worse. I treaded water for a few seconds before swimming backstroke and polo drill for about 200 meters or so before I calmed down and caught my breath. I was finally breathing normally (for a race situation), but I was still incredibly cold. I realized if I was ever going to warm up I needed to start swimming hard. I really wanted to be warm and on dry land, but I wanted to compete more. Despite being in back of the pack, I made up ground on the rest of the field and came out of the water in second place behind the eventual winner of the women’s race.

Having started in the first wave, I had prepared myself mentally to deal with getting passed frequently on the bike. Although many competitors in later waves posted faster bike splits than me, I was pleasantly surprised that not many people actually passed me on the course. The course was much hillier and slightly longer than my race a few weeks ago, but I topped my average mph from that race and executed much better bike skills. I came into T2 as the third woman. I did my best to make up ground on the hilly, long run course. I managed to take over as the second woman about a mile in, and I even passed some men out on the run! The race director had placed a 5k marker on the run course a good distance from the finish. I felt like I was running for such a long time after I hit this marker! I’m thrilled that I finished in the money for the first time ever as the second woman, despite the tough time I had at the start of the swim.

Today was a big learning lesson. I counted on the swim being my strength, but I let the day’s circumstances make it my weakness. But, even though my assumed strength didn’t meet my expectations, my mental training kicked in and I was able to let the first leg go and compete strongly on the last two legs. I’m excited that I saw proof of my progression on the bike, and I’m very proud of the work I’ve put in since my last race. But what I’m most proud of is that I didn’t quit. Yes, sometimes circumstances require a DNF, but my problem today was mostly mental. Thanks to my years in the water, my instincts kicked in and salvaged my race. I realized that even though I was colder than ever before in my life, I wasn’t in actual danger. I know I will deal with cold water again, and I come away from this race knowing I should have been better prepared – both equipment-wise and mentally – for the water temperature. Sometimes the only way to learn is from experience.