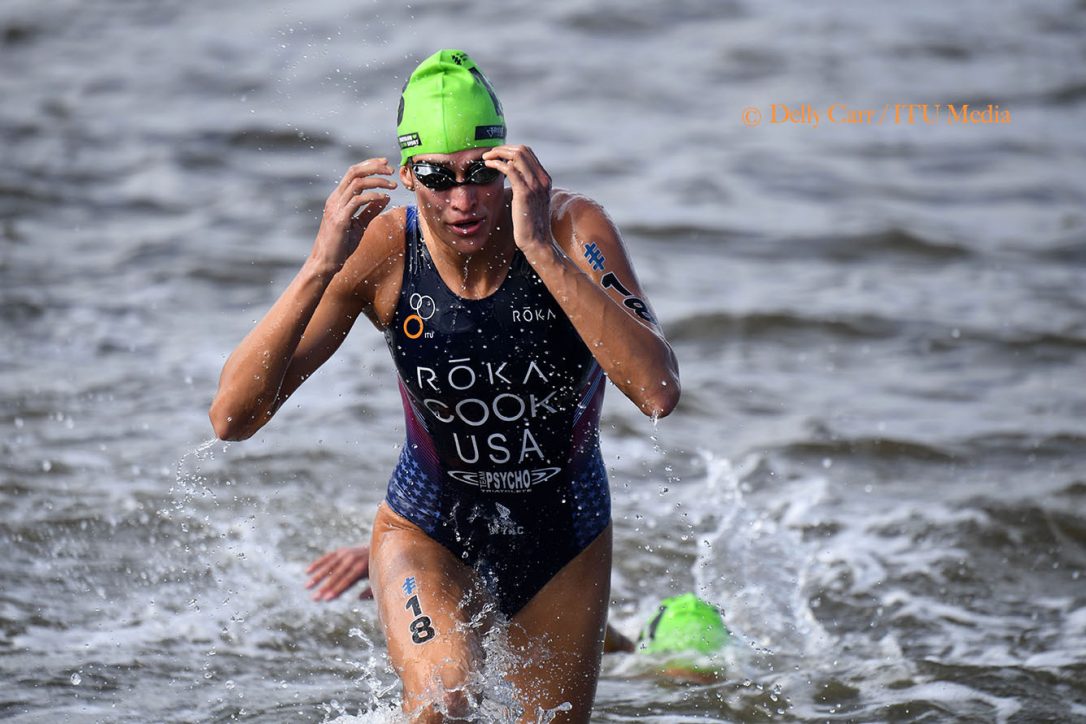 New Plymouth is one of my favorite places and a pleasure to visit. I love the rolling hills, the rocky seaside, the coffee, the people, and the pace of life. I think I might be a kiwi at heart 😉

Much to everyone’s surprise, the water was a “20.2” non-wetsuit swim (20 degrees is the cutoff) on a rainy, dreary day. I’m pretty sure the race officials sought out the warm pockets of water to measure the water temperature because most of the swim was absolutely freezing with the exception of a warmer stretch by the buoys! When I found myself tucked in the second row at the first buoy I decided to just conserve energy and stay there. I got the last, coldest stretch of the swim after the final buoy and started shivering a little. I started sprinting to warm back up and ended up leading out the water. The bike course is hilly enough that I had warmed up by the highest point on the first lap and was a comfortable temperature for the rest of the race. I was pleased with how I rode for most of the bike. Last year, I struggled a bit on this bike course. This year, the only time I was in any danger of getting dropped was after I skidded a bit trying to avoid a crash on the second to last lap and caught back on relatively quickly. I was pleased with my technical progress on this course, especially in less than ideal conditions. In several sections, I felt like the pack was being very cautious, which is a feeling I have never really had on the bike before! Despite my progress on the bike, I felt flat on the run and was disappointed to perform well below the level I’ve been training at. I guess I’ll just have to go back to New Plymouth next year to achieve my goals on that course 😉 . 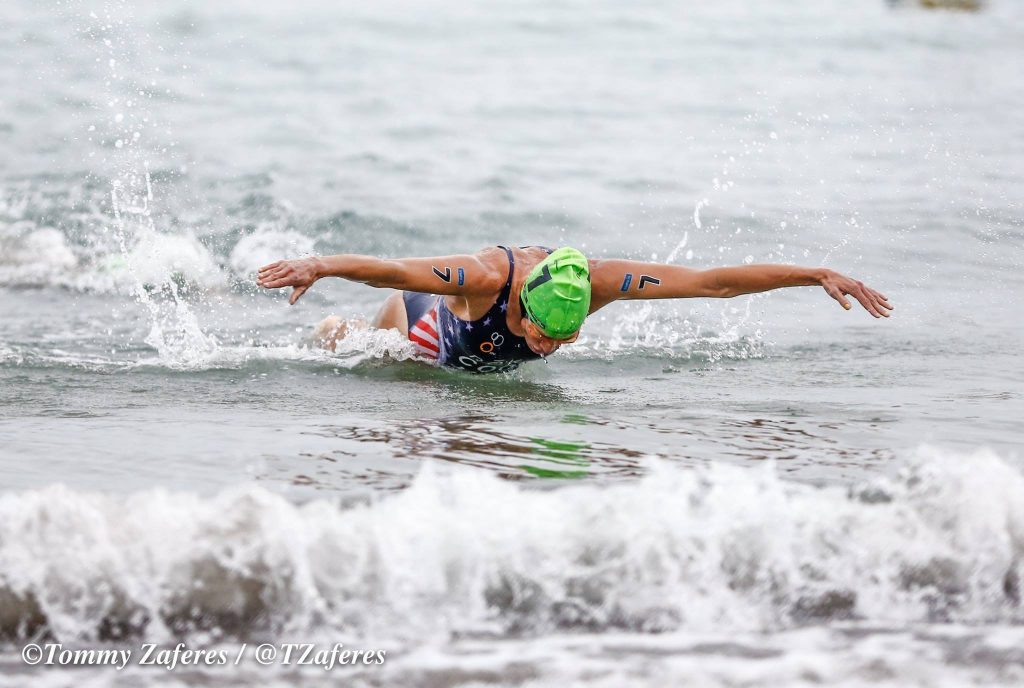 Dolphin dive out of the freezing water 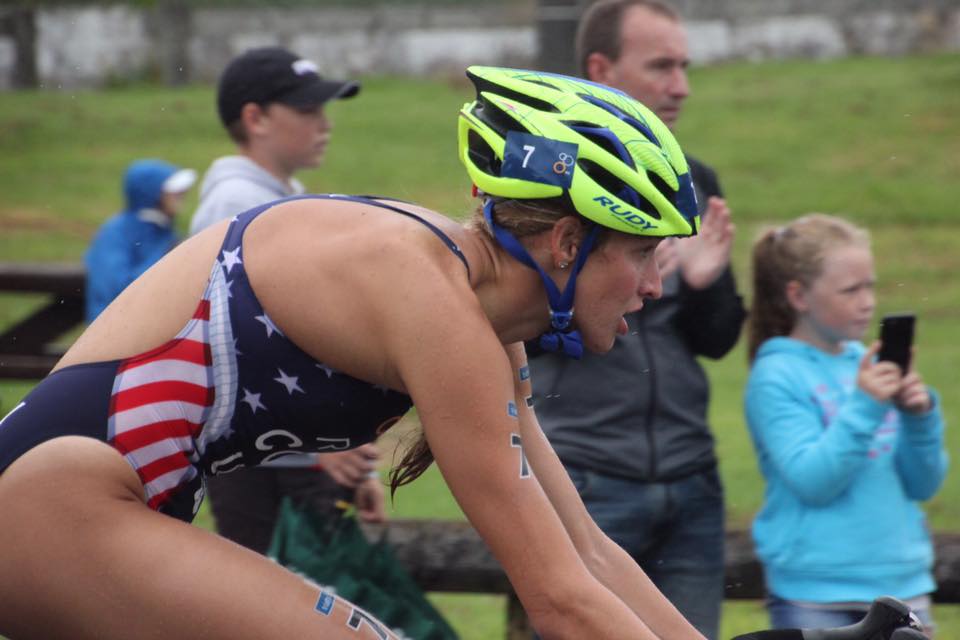 Always fun to go back to a race and see improvements 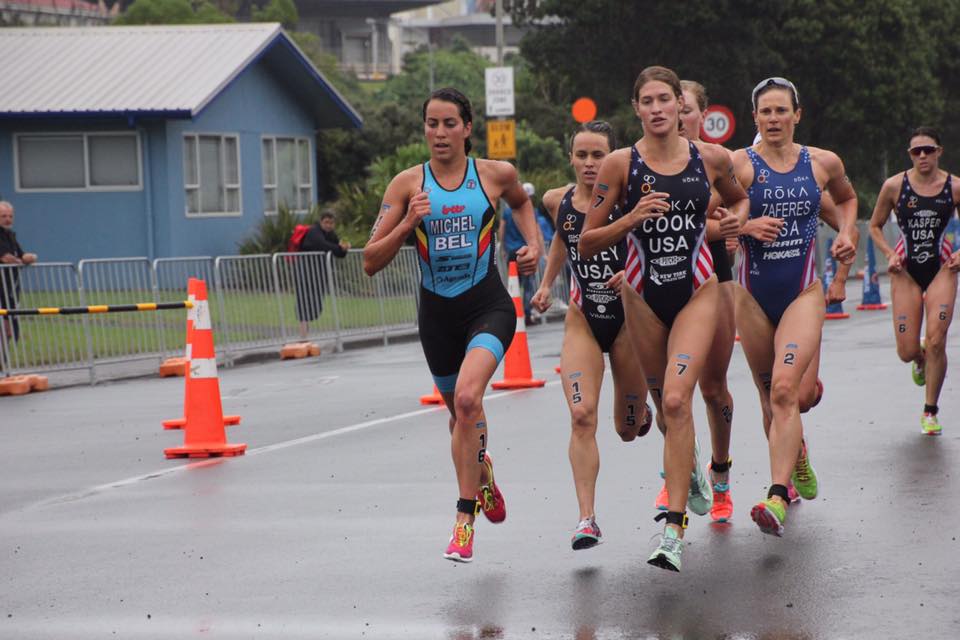 This year was my first trip to the Gold Coast. While I didn’t dislike the Gold Coast, it felt like a cross between Las Vegas and Orlando, neither of which are my kind of scene. However, I enjoyed racing somewhere different and I’m looking forward to heading back next year for the Grand Final.

Though the swim certainly suited me, I can’t say that I particularly enjoyed it. The strong winds and currents made the inlet seem like a river. From the pontoon to the first buoy the current was with us and pushing us left. On the way to the swim exit we were fighting the current while also being pushed towards the right. On the way back in, I felt as though some of the chop was pushing me down. I was second out of the water and very happy to be moving on to the rest of the race. The bike course was mostly straightforward with a fairly technical bit at the far end. I ended up behind a crash yet again, but was able to catch back on pretty quickly and was comfortable in the pack for the rest of the bike. Overall, I finished 12th in a sprint finish for 10-16th and again am not excited about the run leg of my race. I’ve been running very well in training so it was very frustrating to underperform in these races. I do think I performed better than in New Plymouth and I can see that this is the best I’ve executed process-wise, but it is still frustrating to fall short of my goals and capabilities despite making progress.

Thanks to my family, Ian, Paulo + The Triathlon Squad, my friends, USA Triathlon, fortynine Group, ROKA Sports, Team Psycho, and the New York Athletic Club. My next race will be May 13 in Yokohama, Japan. 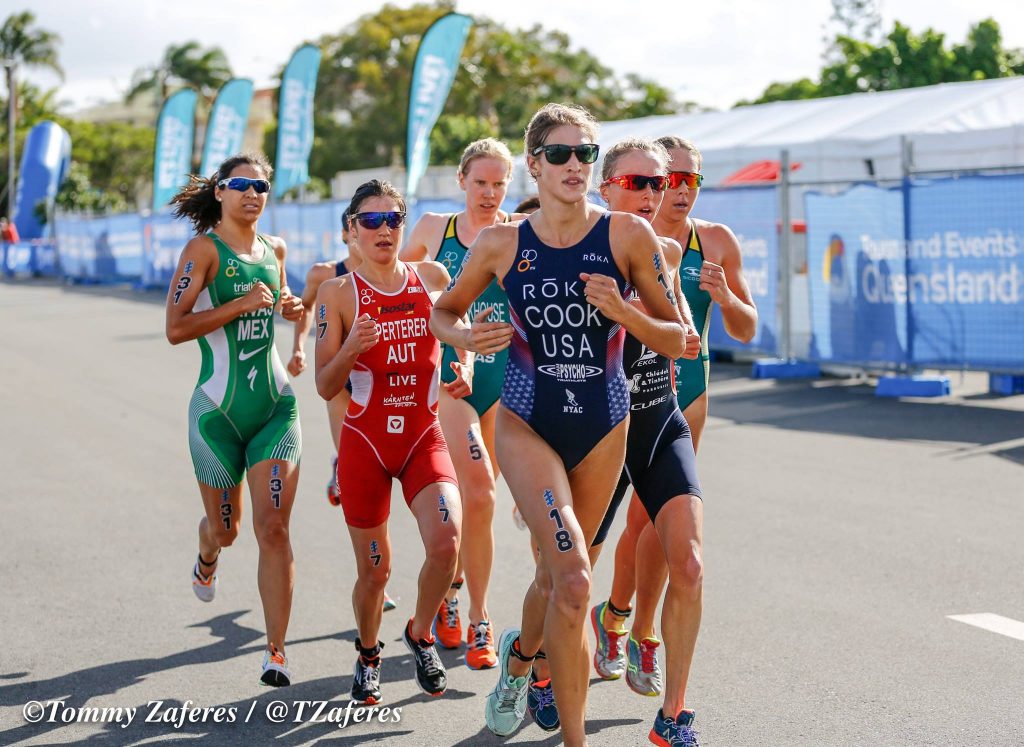 Trying to keep moving up on the run