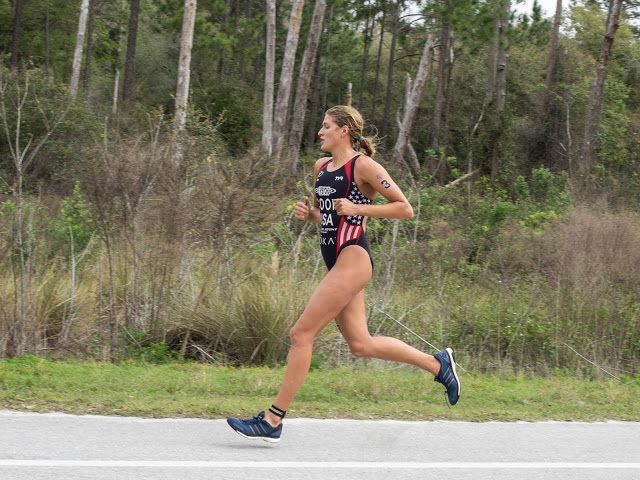 Last year I earned my elite card in the Clermont EDR races. This was the first time I’ve gotten to go back to a course that I’ve raced on previously, and wow, what a difference a year makes. Either the turns got wider or I got better at cornering 😉

The beginning of my race was LOL worthy. The swim was nearly a catastrophe and by far my least favorite race swim to date. I did a poor job of doing swim course recon on race morning (the buoys weren’t out Friday) and since it was cold/windy on the lake I didn’t want to spend a lot of time in the water. Not one of my smarter moves, since I led the field off course by not veering enough to the left.  The conditions didn’t help matters: the water was choppy and I inhaled about half the lake every time I tried to sight. I was briefly furious with myself for making such a stupid mistake but I knew I had to focus and stay in the moment because I still had a lot of racing to do. I followed that up with an extremely slow transition. I couldn’t feel my hands or my feet, couldn’t get my wetsuit off, and nearly knocked my helmet off my bike trying to get my wetsuit off.  From there, the race got better. I biked worlds better than in the EDR last year and came off the bike with six other women chasing down Sarah Haskins, who opened up a 90+ second gap solo on the bike.  I managed to close most of that gap but still wound up 23 seconds behind Sarah. I was really happy with second and was thrilled to be able to see how far I’ve come in the past year!

Most importantly (ha!) – I FINALLY got to pop a bottle on the podium! I had elite podiums twice prior to Clermont– Magog Pan Am Cup and Tritonman – and there was no champagne for my podium in either race. Magog doubled as Canadian Nationals and had champagne for their podium; Tritonman doubled as an EDR and had champagne for their podium. I was hugely disappointed both times. I had SO much fun on the podium that I fully intend to chase down as many more as I can. Ok, I would do this regardless of whether or not champagne was involved! 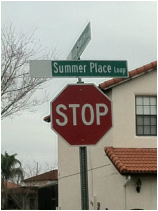 The past two years the week between Clermont and Sarasota has been a chance to make new friends and catch up with old ones. Last year I did a CRP camp at AAA tri camp and this year I had the opportunity to stay in a house and train with several of my OTF Multisport teammates near Clermont. OTFM team director Steve Wright did a phenomenal job finding this house and an even more phenomenal job taking care of everyone’s needs throughout the week. Getting in some training sessions and hanging out with some different people was a mentally refreshing way to spend the week and I had a total blast. A few highlights: recovery walks to Dunkin, cooking with Ryan Bice (who is now a master at sautéing), and exploring an orange grove.

The race conditions in Sarasota were warm and sunny: everything Clermont was not. While others were talking about how it was going to be a hot one I was just relieved that I was going to be able to feel my hands and feet! I went into the race with confidence from my past two results and was excited to see what I could do. Despite a few errors I had a strong swim and led out of the water with a 20s gap. I was caught by the pack about halfway into the first of three laps. My bike had some good, some bad, but I did my job and put myself where I needed to be to have the result I wanted. I took over the lead shortly after T2 and maintained the lead to the finish line! I was thrilled to win an ITU race for the first time! I got to share the top step on the podium with squadmate Eric Lagerstrom (who also finished 2nd in Clermont)!

I had a fantastic on-site support crew in Sarasota: my parents; my Aunt Nancy and cousin Greg; and Susan and Joe Basili (parents of Villanova runner Brian Basili). I was really grateful to have so much support on the course, it means a lot to me! I got to visit the Sarasota Jungle Gardens with Nancy and Greg post-race and was happy that I got to spend some quality time with them prior to everyone heading their separate ways. It was just a bonus that I love anything animal related and was really excited to have the chance to feed some spoiled flamingos at the Gardens!

These past few races were a big reminder of how far I’ve come in a short amount of time.  I’ve got my work cut out for me, but I’m hugely encouraged by my progress. My winter with the Triathlon Squad was huge in terms of skill, fitness, and mental development. I can’t wait to get back to work and keep building on my progress.

A huge thanks to those who believe in me and support me, especially: my family, Paulo + The Triathlon Squad, OTF Multisport, Roka, and USA Triathlon. Excited to get some more work in before getting back to the races!