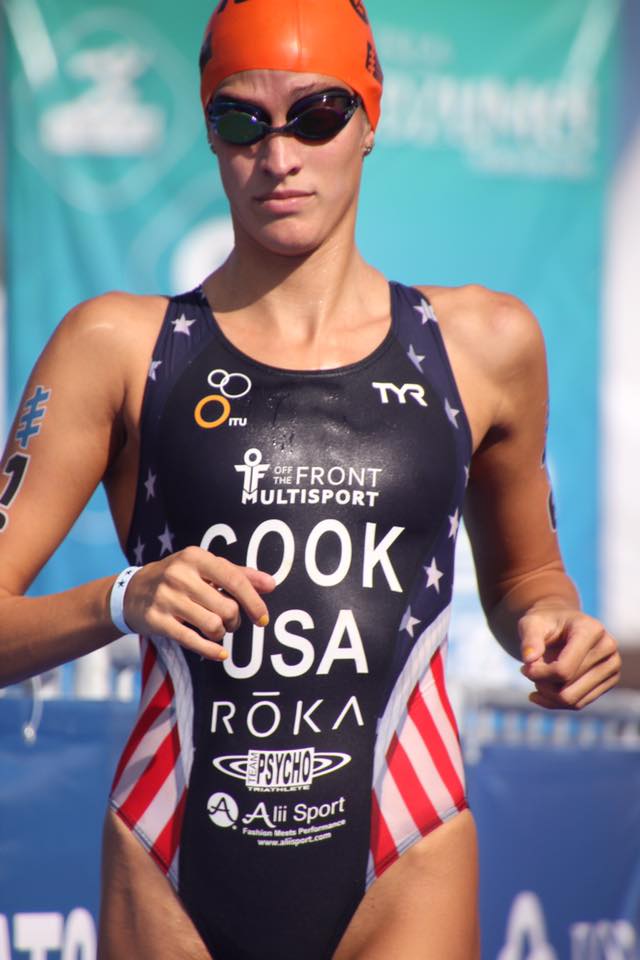 Most of my Latin American trip was pretty rough. I  try to talk about the challenges of being a professional athlete not to be negative, but rather to show that you don’t really need all of your ducks in a row to put a quality race together. As a young athlete I often felt like things had to come together in order to perform and I’ve since learned that this is not the case at all. Coming into Cozumel, I thought I was on the upswing from the virus that I picked up after Edmonton. The day before the race I started to feel a little worse and on race morning I could tell that I was regressing. I was highly fatigued during the race and made the tough call to pull out after one lap of the bike. As much as I dislike making such a decision, I know deep down it was the right one. With the extreme heat and humidity I would have been more prone to heat illness with the virus, which, as proved in the men’s race, was a huge area of concern. With a race on tap for the following weekend, there was no point in taking risks just to finish in Cozumel. One of the unfortunate realities of racing as a professional is that sometimes you have to calculate risk vs. reward and make tough decisions based on that calculation.

I had a few days in Cozumel after the race and I was able to get some low intensity training in before beginning the long trip to Salinas. My travel took around 30 hours door to door and involved the following modes of transportation: taxi from hotel to ferry station, ferry from Cozumel to Playa del Carmen, bus from Playa del Carmen to the Cancun airport, flights from Cancun to Guayaquil via Houston and Bogota, and then a two hour shuttle to Salinas.

The race was early in the morning (by ITU standards) and the morning was overcast and a comfortable temperature. We did a lap in the Pacific before heading out on the bike in a loop around the bumpy naval base. I came out around the front of the swim, but had a very slow run up the beach to transition and had to work very hard in the first few minutes of the bike to latch on! We did a lap as a group of six before five more women caught us and we continued to amass a gap into T2. My T2 was improved enough to be with the tail end of the group immediately at the start of the run, but still isn’t at a level that I’m proud of. Fellow American Kirsten Kasper and I quickly took control of the run and opened up a gap. I was hurting at the start of the second lap and working hard to stay with Kirsten. I actually put in a surge with about 800m to go to see if I could take it but I did not have it! Kirsten blew by me to take her first world cup win but I was satisfied to finish second! I would describe my race in Salinas as the sole high point of the trip! The race in Salinas has a lot of logistical kinks to work out, but the coast is very beautiful. The end of the peninsula is the westernmost point of South America, which is pretty neat.

A huge thank you to my support crew: my family, Ian, Paulo + The Triathlon Squad, my friends, USA Triathlon, fortynine Group, ROKA Sports, Off the Front Multisport, Team Psycho, and Alii Sport. My final two races of the season are in Tongyeong, South Korea and Miyazaki, Japan on October 22 and 29, respectively. I’m looking forward to getting in a last bit of work in order to end the season on a high note. 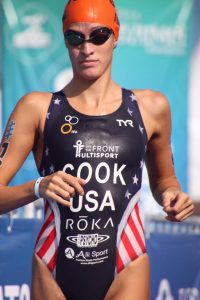 Drenched in sweat before the race has even started 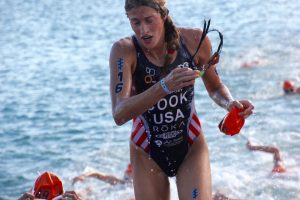 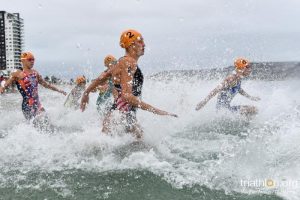 Into the Pacific in Salinas! 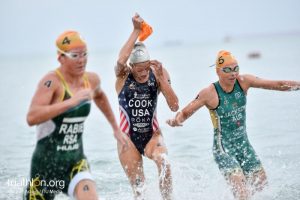 Less dead than after the swim in Cozumel 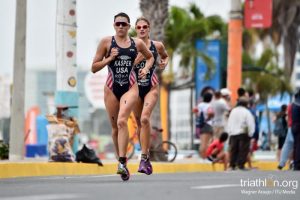 Out front with Kirsten Kasper 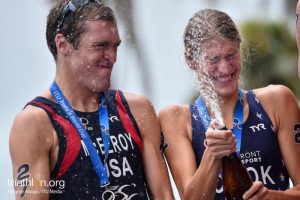 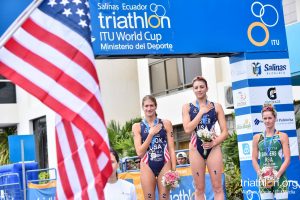