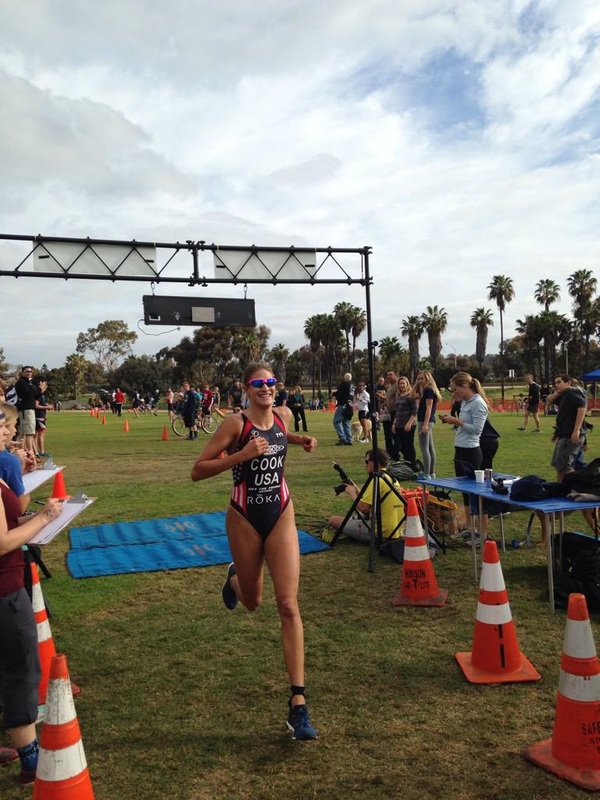 Spoiler alert: I won a triathlon! I knew training had been going well and I was excited to start racing. (I was also excited because a Saturday race meant no mile repeats at Rancho Penasquitos.)  I was 100% confident that I was better at swimming, biking, and running than ever before in my life. I could also take confidence from some of my squadmates’ recent performances as well: Magali Tisseyre, Eric Lagerstrom, and Joe Maloy totally crushed 10ks this past month and Joe and Eric dominated and finished 1-2 in their Tritonman race just prior to the start of my race.

Briefly: Despite being a local hit out to start the season, the Tritonman field was deep. Some feature competitors: Jodie Stimpson (Commonwealth Games champ + multiple WTS victories), Aileen Reid (Olympian + two top 5 Grand Final finishes), as well as Lindsey Jerdonek and Jessica Broderick who are my teammates on OTF Multisport and major contenders for  a spot on the US Olympic Team. I and Taylor Spivey got out well on the swim (and my new Roka wetsuit felt awesome incredible)  and opened up a 30s gap.  We held off the chase pack for the first of three laps of the bike (around Fiesta Island, where the first triathlon ever was held!) and then were swallowed up by the chase pack that consisted entirely of Darren Smith’s group. My biking is still far from perfect but this was the first time in a race that it actually felt easier to be in the draft than in the front… because I finally figured out how to draft effectively over the winter. I came off the bike with the group (I hope someday soon I won’t feel the need to include that line) and headed out on the run. I put in a surge in the beginning and started running with the leaders, Jodie and Lindsey. I felt comfortable with the pace so I decided to make a move and go to the front near the end of the first lap. Much to my surprise, nobody came with me and I began to open up a gap. Paulo kept yelling that Jodie was coming for me when I ran past him and I was determined to not look back, so admittedly I was running a bit scared on the last lap. By the time I hit the finish chute I was pretty sure I had it and was so excited to take my first win as a pro!

I can’t wait to head to Florida for the Clermont and Sarasota American Cups! I’m looking forward to the opportunity to continue my progression. Thanks to: my family, Paulo + the squad, OTF Multisport, Team Psycho, and USA Triathlon for your support and thanks to UCSD for putting on an awesome race! I hope to be back next year!

Bonus: here is a link to an article about the race:
http://www.slowtwitch.com/News/Maloy_Cook_take_Tritonman_4900.html